A Tribute to James Velvet 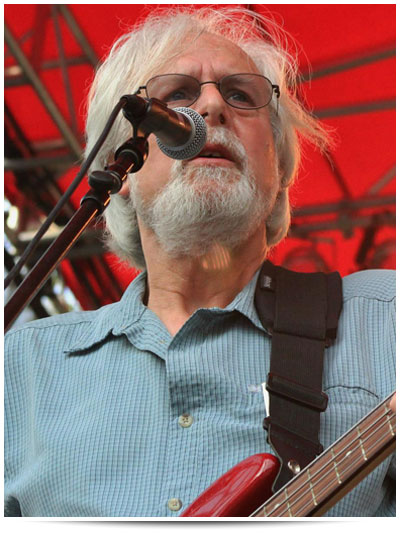 He died Friday afternoon in a New York City hospital — his wife, Nancy Lee Abbey, at his side — four days after undergoing major heart surgery for the second time.

He was about 65, friends said.

Dozens of locals who knew Velvet or were just touched by his music spent much of the day pouring their hearts out in online discussions of the gaping hole his loss leaves in the local scene.

Gentle and unassuming in his private life, Velvet — born James Wimsatt, the son of Yale’s first Catholic professor and a poet mother — was a New Haven-area icon known for his love of music and, through his radio show and mentorship, support for hundreds of other musicians’ efforts.

That was in addition to the respect locals had for his heartfelt work with such iconic bands as The Mockingbirds — which held down a monthly gig at Cafe Nine for 12 years — and more recently The Ivory Bills and The Lonesome Sparrows.

Velvet, a Hamden resident, loved music so much that he often could be found on Saturday mornings playing alone, with musical cohort John “Johnny Java” Murphy or in various combinations at the CitySeed Wooster Square farmers market, and sometimes its Westville farmers market, in New Haven. Many of the people passing by may not have even known he was the same voice on the radio on Sunday nights.

“James was a true soul, sure that the right notes and the right words could change the world for the better,” said Rick Allison, Velvet’s longtime radio co-host and the one who, in a Facebook post, first let the public know that Velvet had passed. “I have yet to measure the hole he’s left in my life.”

Allison said that while many people may not have known Velvet’s actual last name, “he was proud of his given name. … His musical identity was never meant to distance himself from his roots. … Just a great, memorable rock ’n’ roll name.”

Christine Ohlman, “The Beehive Queen” — a musician with local roots and a national reputation — also was one of the people who first let people know what had happened.

“To all New Haven scenesters and those who love the New Haven scene: today we lost James Velvet, one of the premier architects of said scene,” she wrote on her Facebook page.

“No matter how far away I go (and these days, it’s pretty far…) I am at heart, always, a New Haven rock girl,” she wrote. “Those who knew (and it is killing me to use the past tense…) James know that he has mentored younger musicians, kept the faith with countless gigs by his several pivotal New Haven bands, lent his name to fine political causes and shepherded, with Rick Allison, for YEARS the ‘LOCAL BANDS’ show on WPLR.

“You owe this cat,” Ohlman said. “He played your records, he stood by the fact that live music matters. One of the true good guys, always and forever.”

She said privately later, “My heart is pretty well broken over this one.”

“People loved James because he was a warm-hearted person, much more than just a musician or radio personality,” said Hank Hoffman, songwriter for the band Happy Ending and a manager at Best Video, the neighborhood business where Velvet worked occasionally.

“He always cultivated the sense that local musicians were part of a real community, not just a bunch of disparate personalities doing their own things,” Hoffman said.

“On a personal level, James supported musicians by letting them sense that he valued them, both as people and artists,” said drummer Tom Smith, who played on several Velvet projects.

“He was also a great conversationalist. If he put the coffee pot on, it wasn’t all rock ’n’ roll — you’d cover everything from Eudora Welty to Dick Cheney,” Smith said.

“I don’t know what to say. I have known James Wimsatt, James Velvet since damn near the dawn of rock and roll time when he would hang at Trod Nossell (studio) and help roadie,” said Vic Steffens, who for decades now has run his own Horizon Music Group studio. “I don’t even think he knew how to play yet. Later, when I had my first studio off Cannon Street in Hamden, in a 10-by-20 shed, I recorded volumes of great songs James had written.

“Later I would sub on drums for the Mockingbirds during their decade-long standing gig at Cafe 9,” said Steffens, who is Ohlman’s brother. “And then we did several albums together here at Horizon — and I had the honor of joining James and Rick on Local Bands to discuss new music on the scene any times.

“In short, until now, its seems there has always been a compass to the New Haven original music scene. And that compass was James Velvet,” Steffens said. “When I wanted to know who was new or up and coming on the scene, there was only one call to make … James Velvet. James knew everything about the scene.”

Velvet “had a unique gift with words, melodies and moods as a songwriter. So many great titles … little titles … big songs — New Haven’s John Hiatt,” Steffens said. “If the guy lived in Nashville his name would be a household word. But James was that unique, pure songwriter. He wrote for the fun, the release, the freedom to say what he wanted how he wanted to say it.

“Name a street after this guy,” he said.

“James and I have done 1,404 Local Bands shows over 28 years on PLR. This Sunday’s show will be our last together (although we banked a few more to cover his recovery),” said Allison. “We never missed a Sunday even during his first heart surgery years ago. We had every hope it would be the same this time.

“It was my pleasure to sit with James for a couple hours a week, listening to the music that had come in and putting our little half hour together for PLR,” Allison said. “There was no need to script the thing. … Once the music was selected we just made the rest up. We liked to think of ourselves as the click and clack of local music.

“I’ll miss the easy creation of such a long-running staple,” he said.

But “in spite of the obvious outpouring of condolence and memories from the wider world, James was a very private cat” who “would be horrified that his life is so talked about on social media,” Allison said. “He used email and had a website but that was it.”

Velvet “lived a public life which touched the local scene in a big way, but his first, greatest love was his beloved Nancy Lee,” he said. Allison called their relationship “as much of a match made in heaven as I’ve ever encountered. James and Nancy were the perfect pair.”

He said “there will be a celebration of James’ life in the coming weeks, but most of us … especially Nancy Lee, will need a few days to let the first wave of loss wash over us.”